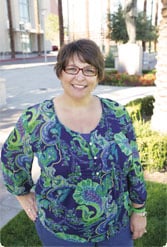 Becky always thought of herself as an ordinary healthy wife and mother. That is, until the day she suffered a massive heart attack caused by two separate blood clots. She remembers the fear and worry etched on the faces of her husband and teenaged daughter as she woke up in the hospital to learn a pump implanted in her stomach was all that was keeping her alive. Her life had changed forever.

Becky spent the following few months in and out of the hospital, learning to adapt to life with an LVAD, or Left Ventricular Assist Device. Becky’s doctor explained that her damaged heart would need to be replaced with a healthy one, and she was eventually placed on the National Waiting List for Organ Transplantation. She could have waited months, even years for a heart that may have never come. But as fate would have it, only 11 days would pass before a heart became available for Becky.

Here is Becky’s story about meeting her organ donor’s family, in her own words.

"I felt both nervous and excited about meeting my donor family. I was worried they may be disappointed in who received their loved one’s heart. At the same time, I was eager to finally learn more about the person whose heart now beats inside of me. It was October 16, 2010, just one week before the two-year anniversary of my heart transplant and just two weeks after I first learned I had been given the heart of a young 18-year-old man.

I did not know what to expect as I walked in to the Organ Procurement Organization One Legacy in Los Angeles. My first instinct was to embrace the mother of my donor as I introduced myself. I then made my way around the room hugging all 13 of the family members who had gathered for this special occasion. The eldest son began to show me pictures of his brother, my donor. His name was Eddie.

The family shared several wonderful stories with us about Eddie and what type of person he was. He was a thoughtful young man who worked and attended school. He was full of life and enjoyed doing adventurous things, like playing paintball war games, driving fast cars, and riding dirt bikes. I learned that Eddie died in a dirt bike accident, doing something that he loved. Through tears, Eddie’s mother and other family members took turns listening to my heart through a stethoscope, knowing that same heart once beat inside someone they loved dearly.

In a twist of fate, Eddie had only made the decision to be an organ donor known to his family just a few weeks prior to his accident after attending the funeral of another family member. He told his family that if anything were to ever happen to him, they should donate his organs so that someone else can live.

Though he had not officially registered to be an organ donor yet, his expressed wishes were honored by his family at the time of his death. It was an amazing experience to meet my donor family and learn about Eddie. We have now become friends. On April 30, 2011, I walked proudly in the Donate Life Run/Walk in honor of my heart donor, Eddie.

As an Advocate for Life with the Nevada Donor Network, I volunteer to visit local high schools and talk to the students about the importance of organ and tissue donation. I find sharing Eddie’s story with them helps illustrate the importance of sharing their own wishes and thoughts about being an organ donor with their families." 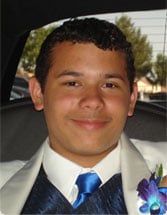 From the beginning, everyone who met Jesse knew he was someone special. Jesse lived a full and rich life in his short 18 years. He was a joy to his family, the ideal 'big brother', pursued his goals, and had an awesome group of friends and a beautiful girl whom he loved. He was full of laughter and was a constant blessing to those who knew him.

In his early years it was obvious he was the "brainiac" of the family. If Jesse wasn't reading or tinkering, you would find him outside exploring. Jesse knew at a young age he wanted to become an engineer and he began working towards this goal. He graduated from North West Career & Technical Academy in Las Vegas with an advanced diploma in engineering. Jesse set his sights on college and only wanted to attend the best school for his chosen career - Embry-Riddle Aeronautical University in AZ. One of his greatest accomplishments, prior to his untimely death, was making the honor roll for his first and only semester at Embry-Riddle where he was studying rocket and satellite design.

In addition to being a great student, Jesse blessed many families. As a youth he worked in the nursery at Grace Point Church with his mother, Crystal, and brother, Jeremy. Jesse and Jeremy would babysit children during the week while their parents attended Bible study and it wasn't long before Jesse was the "go-to" babysitter for many families. He also served the community through his church in many other ways: hanging door invitations for Easter services; delivering food to needy families through the City Mission of Las Vegas; assisting with a Christmas party for the women and children at Shade Tree Women's Shelter; crafting wooden toys for Toys for Smiles; and assisting the City of North Las Vegas during their Independence Day Jubilee. One of his last acts of service was choosing to become an organ donor, which he did months before his death when he received his driver's license.

On New Year's Day 2013, while taking a walk to a neighborhood park to take photos, Jesse and his girlfriend were struck on a residential sidewalk by a drugged driver. It is believed that in the last few moments of his life, Jesse took the brunt of the impact of the vehicle, saving her life. In the midst of his tragic death, Jesse went on to give others the opportunity to live a full life through his organ, cornea, tissue and bone donations.

Organ donation is now a conversation many families in the community have had because of Jesse. Decisions have been made and numerous donor cards signed as a result. It is with much hope that these people will share their decision to become organ donors, so one day there will be a reduction in the number of deaths of those waiting for a lifesaving transplants. 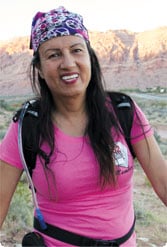 It’s February 4, 2011. Dinorah just got home from dialysis. Exhausted, she decides to watch some TV with her daughter before heading to bed. The show ends and she calls it a night. As she gets into the bedroom, it happens. The phone rings. She can’t get there in time to answer, so she calls back right away. Her heart starts racing. It was the hospital. They found a kidney. It can’t be. This soon? When she started dialysis, she was told to expect a two to five year wait. Now, just 11 months later, Dinorah’s life is about to change forever.

Dinorah suffered from high blood pressure for a few years and it started to take a toll on her body. In 2009, her kidneys were failing and she began dialysis three times a week. She sat in a chair for 3 and half hours each day while a machine did the work her kidneys were unable to do. Soon this once active soccer player was barely able to climb the stairs to her apartment. That is, until the call came.

Dinorah’s daughter took her to UMC, where she received a new kidney the next morning. After the surgery, family and friends filled her room. Between visits, Dinorah did her best to catch a glimpse of her Pittsburgh Steelers playing in the Super Bowl. She didn’t catch much of the game, but it was a sacrifice well worth making.

The recovery process was long and painful. She was in pain for weeks, but took it one step at a time. Several months after surgery, Dinorah was feeling healthy and ready to climb mountains, both literally and figuratively. She headed out to Red Rock to enjoy the view and her new lease on life. And she hasn’t stopped since. Now two years later, Dinorah frequently hikes at Red Rock, and even joined a hiking group. She wants to stay in shape to take great care of her new kidney and the rest of her body. She celebrated the one year anniversary with a hike, a little quality time with her grandson, and watching the Super Bowl, even though her team wasn’t playing this year.

Though it was a difficult journey, Dinorah never lost hope. Today her message for anyone who is considering donation is this, "If Jesus gave his blood and body to save us, why don't we?" 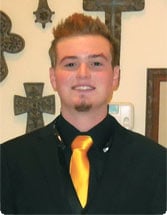 The loss of our son, brother, nephew, cousin and friend, Christopher Ruby, is a wound that will never fully heal. With a damaging physical wound, there is an initial trauma, followed by a recovery and healing phase, which in turn will one day heal in the form of the scar. The emotional scar of losing him is one that will never leave us as complete as we were before, but just as with physical scars, this emotional scar leaves us with a story that we will never forget. Or, in the case of Christopher’s aunt, a physical scar of healing from him to match her emotional scar.

Christopher suffered an unfortunate accident while snowboarding. Even after resuscitation attempts by his father, the ski patrol and medical personnel, Christopher’s time in this life had come to an end.

Just 20 years old at the time of his passing, Christopher was just beginning to grow into the man his friends and family knew he would become. In high school, he was a member of the Navy JROTC. After graduating, he followed his passion for the automotive field and received an Associate’s Degree in Applied Technology. His career started at Exotic Car Works in Las Vegas, where his talents began to truly show. In addition to his exceptional work ethic, Christopher displayed an equal dedication to all things outdoors.

Despite the grief of losing his son, Christopher’s father Jeff had a mind clear enough to start thinking about how the loss of his son could better the world. The sight of his own sister on crutches helped Jeff see how that would happen. Just weeks before Christopher’s passing, his Aunt Lori had torn her anterior cruciate ligament while skiing. Christopher’s parents explained Lori’s injury to Nevada Donor Network and arrangements were made to use Christopher’s anterior cruciate ligament to repair his aunt’s injury. Lori was humbled and grateful to receive such a gift from her nephew.

Although his family will never get to see Christopher fully grow into the man they all knew he was already becoming, they are thrilled he had the opportunity to have a positive impact on the lives of others, even after his passing. As the emotional scar of Christopher’s passing continues to heal, those who receive the blessings of his eyes and tissues will have a physical scar as evidence of his loving, caring, and giving spirit. And, with his aunt Lori as a proud example, physical scars sometimes are the best way to aid in healing emotional scars. - Ruby Family

Be a HeroRegister as a donor today
Join Our Team
Become a Volunteer
Have a Question
or Comment?